Considering a Hammock Tent for Your Camping Needs 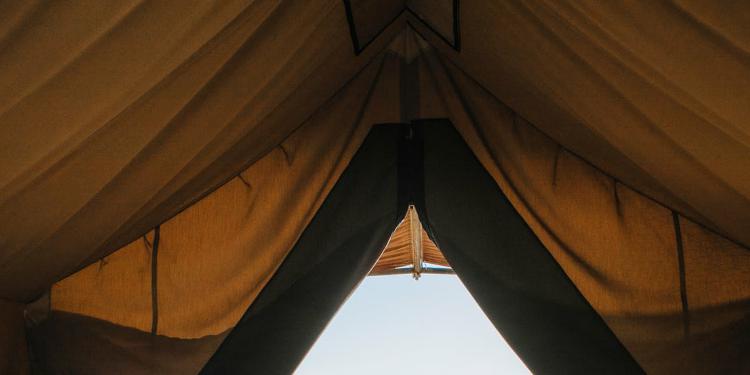 One of the critical camping items, when families and individuals decide to go camping, is some type of shelter. These shelters can be recreational vehicles, trailers, tents, or hammock tents.

A hammock tent is simply a traditional hammock that is utilized by the camper rather than sleeping in a sleeping bag on the ground protected from the elements by a tent. What a hammock tent is, how it is set up and its benefits are important considerations when pondering the utilization of a hammock tent.

What Is A Hammock Tent?

A traditional way for campers to be sheltered while camping outdoors was to pitch a tent and roll out a sleeping bag. Rest was then obtained by sleeping on the ground under the protection of the shelter.

A hammock tent is a piece of camping equipment that also provides rest and protection for a camper. A hammock tent is a typical hammock that is suspended between two supporting items of strength. Generally, these items are trees. To complete the design of a hammock tent an attached covering hovers over the hammock tent to protect the camper from the elements.

Because of the simplicity of constructing a hammock tent many campers choose to build their own hammock tent. However, there are more elaborate hammock tents on the market. These hammock tents are manufactured so that the protective side and ceiling are attached to the hammock tent. In addition, these hammock tents come complete with an entry system that is modeled after the construction of a traditional tent. This entryway can be sealed off using a zipper, snaps, or another sealing system.

Benefits to the environment include the fact that normally the hammock tent is secured between two trees. Utilizing trees has little or no effect on the exterior of the tree. However, when a tent is pitched the negative effects of that process are seen in the area where the tent is pitched.

Also, there are many benefits to the camper. For example, because the camper is suspended in the air, there are no issues with crawling insects that the camper may come in contact with if sleeping on the ground. In addition, if a tent has been pitched on the ground and the campers are unaware of a stone or other hard item, this may be cause for a poor night’s sleep. Sleeping in a hammock tent alleviates the chances of sleeping on a stone or other hard surfaces.