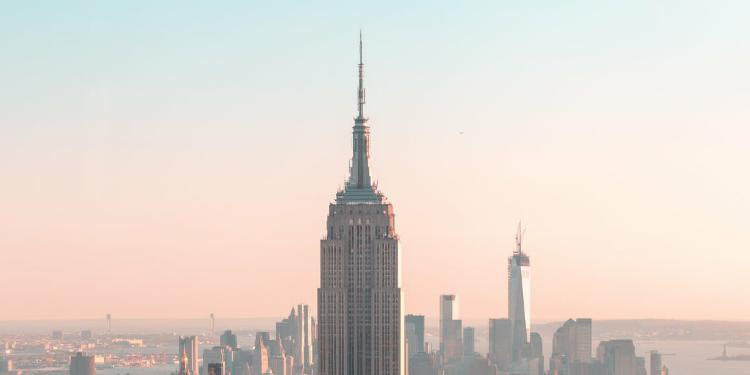 Yesterday was a pretty interesting day, the weather was cool and overcast, with rain coming in during the latter part of the afternoon. A few weeks ago I had booked a meeting with one of the Big Apple Greeters, an organization of local NYC volunteers that takes out-of-town visitors around the city and shows them local sights, and shares local information. The service is a great way to link up with a local New Yorker, and best of all, it’s free of charge.

We were supposed to meet Suzanne, our greeter, at 11:00, am at the 71st Street subway station, but we got a late start after breakfast and there were some delays on the subway system, so we didn’t meet Suzanne until 11:50 am. Suzanne is a former high school teacher, in her sixties, and a very friendly and outgoing individual. We felt bad about being late, but she said it wasn’t a problem at all. She was extremely gracious and helpful throughout our entire time with her.

Suzanne started the tour by taking us through a very upscale Queens neighborhood called Forest Hill Gardens, which is a neighborhood with private streets where local residents pay higher than normal taxes for additional services, such as more frequent garbage pickup, etc. Suzanne indicated that these homes go from anywhere from US$ 1 million and up. Everything was blooming and many local handymen, Gardners, and maids were on the road. We also had a chance to visit the old US Open Tennis Center which is located in an amphitheater right next to the Forest Hill Country Club.

On from there, we took a bus to the Flushing neighborhood, an area with lots of Chinese and Korean stores, where Suzanne treated us to the same savory Chinese dumplings. All the time she explained to us the multicultural character of Queens, and that one of the main subway trains (the 7 train) is called “The International Express” because it cuts through all sorts of ethnic neighborhoods.

A quick jump onto this very subway later, which runs on elevated tracks through a good chunk of Queens, so you can actually see the neighborhood, and we arrived in Jackson Heights, an area with a lot of Latin American immigrants, and further west we saw lots of South Asian (Indian, Pakistani and Bangladeshi) stores. For a Torontonian seeing all these ethnic stores is not all that unusual, since we have a lot of that in Toronto too, but I am sure these ethnic neighborhoods must be quite unusual and unique for people who come from smaller less international places.

We then took the 47 and 19 Queens bus to a neighborhood called Astoria, where a lot of Greek immigrants congregate. We ended up having dinner in a little quaint and cozy Greek restaurant called Zygos Restaurant (“zygos” means “libra” or “balance”) where we continued our nice conversation with Suzanne, our local expert. Suzanne has been a greeter for the last 12 years and has studied all areas of New York City. She said she travels, by herself, into all areas of NYC, including Harlem and the Bronx, and she loves exploring and sharing the city that she loves with people from all over the world.

When we left at about a quarter to 7 pm, Suzanne had spent more than 7 hours with us and we had really gotten to know each other quite well on a personal level. We also ended up exchanging email addresses and we extended mutual invitations to stay in touch and I said I’d love to take her around whenever she comes to the Toronto area.

The Greeter experience has been excellent, our personal local expert really loves her city and she loves interacting with visitors and we definitely enjoyed her enthusiasm. I am sure we have a new friend to call up next time we come to New York City.

For the entire article including photos please visit