Most Common Knots Used in Boating: How to Tie Them 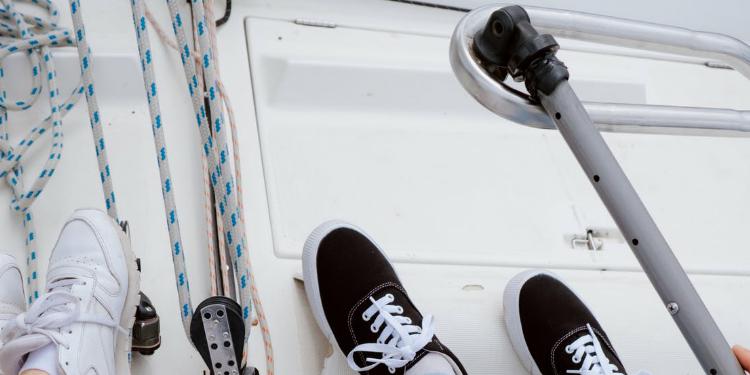 Rope, knots, and boating go hand in hand. Whether tying an anchor to a line or tying up a boat to a dock, the wrong knot will lead to trouble and the right knot, when properly tied, will hold under extremely heavy loads. We’ll give you a few of the most common knots used in boating and do our best to tell you how to tie them.

The two-half hitch knot is a very reliable knot and used most often in mooring. Pass the end of a rope around a post or other object. Wrap the short end of the rope under and over the long part of the rope pushing the end down through the loop. This is a half hitch. Repeat on the long rope below the first half hitch and draw tight.

The anchor bend knot is used in boating to tie the rope to the anchor. Start by passing two loops through a ring and then placing the free end around a standing line. Pass the free end through the loops on the ring. Complete by making a half hitch.

The figure-eight knot is ideal for keeping the end of a rope from running out of a tackle or pulley. Make an underhand loop bringing the end around and over the standing part. Pass the rope end under and then up through the loop. Draw tight.

A sheet bend knot is used in boating to tie two ropes together. It is easy to tie, strong, secure, and works well with ropes of differing sizes. Make a loop at the end of one rope. If one line is heavier than the other, make the loop in it. Pass the end of the other rope through and around the loop. The working end should exit the knot on the same side as the loop’s short-ended side.

Boating knots are important to learn for your safety in the water. When you know how to tie the basic boating knots, you will be safe and secure.